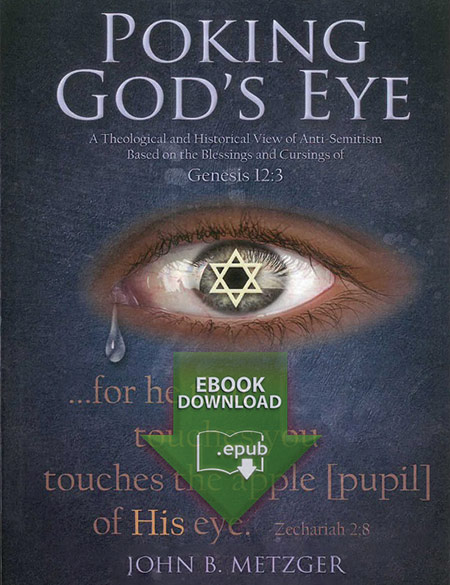 Who in the world would want to poke the God of the universe in the eye? Ouch, that would hurt! Zechariah says, . . . for he that touches the apple [public] of His eye. God loves His people Israel and calls them the apple of His eye, a term of endearment, meaning that He loves them and protects them.

Genesis 12:3: I will bless them that bless you and curse him that curses you.

This promise is part of God's eternal covenant with Abraham. Many people have forgotten this covenant or think that it is no longer in effect; but the Bible and human history show otherwise, as John B. Metzger points out in detail, giving detail accounts of blessings and cursese from the Bible, inter-testament times, and recent history that proves this point. It does matter if we poke God in the eye! With discernment on what God's Word is saying, we can receive God's rich blessings instead of His cursings!