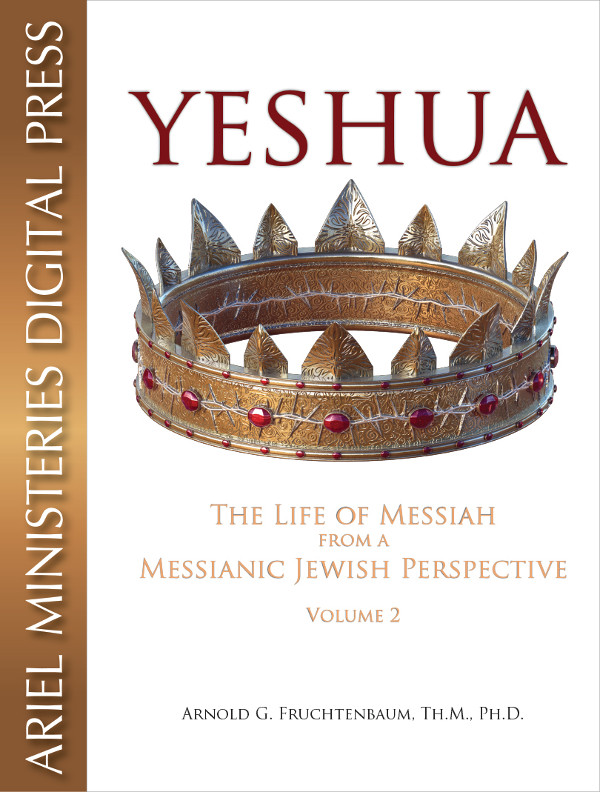 Yeshua: The Life of Messiah from a Messianic Jewish Perspective - vol.2 (mobi)

Who Do You Say That I Am?

The second volume of this multivolume commentary on the Gospels opens with the beginning of Yeshua's public ministry. It analyzes the role His miracles were to play as signs to Israel ‚Äì to bring the Jewish people to the point of decision about His Messianic claims and proclamations. The work moves on the dealing with Yeshua's authority over, conflict with, and repudiation of Pharisaic Judaism, which led to the rejection of His Messiahship. It is in this context that a specific generation of Israel became guilty of the unpardonable sin. This is followed by Yeshua's new focus on the training of His disciples for the work they would need to conduct in light of the rejection ‚Äì the kind of work they would be performing in the book of Acts. This volume concludes with Yeshua's journey to Jerusalem in preparation for the Feasts of Tabernacles.

"Volume 2 of Arnold Fruchtenbaum's study about Yeshua takes us deep into the Second Temple and rabbinic Jewish background that helps to explain this unique first century figure. It is a fascinating journey with many details that illuminate the life of the Messiah of Israel. While one might raise a question here and there, Fruchtenbaum is fair always showing what the discussion at any point is. His full citing of Jewish texts allows the reader to see the direction of the conversation. This book is full of important observations about Jesus in a Jewish context. It is well worth the time of a careful read and will be a handy resource for a long time to come." — Darrell Bock (Executive Director for Cultural Engagement, Howard G. Hendricks Center for Christian Leadership and Cultural Engagement, Senior Research Professor of New Testament Studies)